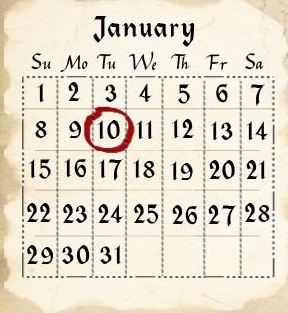 The criminal justice system divides criminal offenses into two categories: misdemeanors and felonies. Both types of offenses are criminal and will result in penalties; however, felonies are more severe than their misdemeanor counterparts.

In most cases, a misdemeanor offense will result in as little as a few days in jail but it could land you in prison for an entire year. On the other hand, a felony conviction will result in a minimum one year sentence of prison time but you also face the possibilities of a lifetime sentence, parole or the death penalty. Criminal offenses will be charged according to the nature of the crime and the defendant’s criminal history.

Because the crime you have been charged of could result in a misdemeanor OR felony charge, it is important to understand the difference between the two. Therefore, when you are facing conviction you know exactly what you’re up against and how to appropriately address it.Felonies cover a wide range of offenses including, but not limited to certain sex crimes, theft crimes (depending on the value of the item stolen), some juvenile crimes, hit and run accidents, violent crimes and weapons charges.

Only some juvenile crimes will be tried in the adult courts. Typically, crimes committed by minors are handled separately from adult courts because of their nature. However, there are exceptions to this rule when the act is serious enough to warrant a stricter judgement panel and sentencing. The prosecution will make the decision based on the age of the minor, the history of the defendant and the nature of the crime. For example, certain sex crimes, gang-related crimes and other violent crimes such as murder could be tried in the adult court system even if they have been committed by a child or teen.

Essentially, any types of computer or internet crimes against children are prosecuted as felony offenses. Since these types of crimes cross state borders they are classified as federal offenses and may involve the FBI.

Other common felonious acts involve white collar crimes such as fraud, forgery, money laundering, embezzlement, identity theft, credit card fraud and debit card fraud. These are also classified as federal offenses, meaning they typically involve large government organizations such as the FBI. More serious DWI offenses can be charged as felonies as well. Third or subsequent DWI charges and DWIs involving serious bodily injury or death can cost you thousands of dollars in fines, as well as years in state prison. Even if you never meant to harm anyone your acts can still be punished as if you had intentionally meant for damage to be done.

The state of Texas is notorious for being tough on crime and punishment. If you are convicted of a felony offense, it could potentially ruin your personal and professional reputation. Upon conviction, you may be required to spend years in a state or federal prison, pay thousands of dollars in fines, serve probation or parole and perform community service. Additionally, both your driver’s license and your ability to own a firearm will also be compromised. If you are presently facing charges, it is in your best interests to secure the services of a seasoned criminal defense attorney right away.